ITALIAN TEXTILES AND FASHION INDUSTRY GROWING BY 2,4% IN 2017 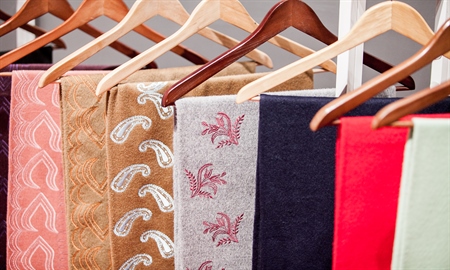 The made in Italy textiles and fashion industry is growing and will even overrun the forecasts. The turnover increase remained around 2,4% in 2017, which in numbers means that the industry turnover for the year just ended will attain 54,1 billion Euros, that is 1,2 billion more compared to the end of the year 2016. This based on the data sourced from CONFINDUSTRIA moda studies, which together with LIUC also elaborated the final data presented at the Annual Assembly of Sistema Moda. Both the macro sectors reported relevant growth rates: +2,1% textiles and +2.9% fashion. A more than positive outcome resulting from last year dynamic trend of International trades, which led to a terrific increase of exports growth rates compared to 2016. Then, the increase was by 1,7%, whereas in 2017 it should be around 3,5% recording a sprint particularly in the last part of the year. As for 2018, a turnover increase by 2,6% is expected in the first 6 months with export at 3,1%. The newly formed Executive board of Sistema Moda, appointed Carlo Palmieri, ceo of Pianoforte, the Holding controlling Carpisa and Yamamay, Vice-President responsible for Italian Mezzogiorno.